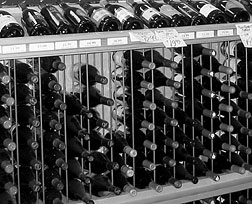 Removing state restrictions on competition in the liquor industry would lower prices and improve convenience, but some adverse impacts are also possible.

For a number of years, legislation has been introduced in the Minnesota Legislature to allow the sale of wine in grocery stores. During the 2005 legislative session, the Minnesota Grocers Association presented a consultant’s report on liquor prices. The report contended that Minnesotans pay substantially higher wine and spirits prices than residents of Wisconsin. The report blamed Minnesota laws for fostering a lack of competition in the wholesale and retail sectors of Minnesota’s liquor industry. Liquor retailers and wholesalers disputed the report’s findings about prices. They and others also raised concerns about increased problems with alcohol use that might result from greater retail availability of intoxicating beverages.

As a result, the Legislative Audit Commission directed us to examine the competitiveness of the wholesale and retail sectors of Minnesota’s liquor industry. This report examines the price differences between Minnesota and Wisconsin stores selling intoxicating beverages for off-premises consumption. The report also assesses whether Minnesota liquor laws are restricting competition and increasing consumer prices. Finally, the report considers the potential negative social impacts of encouraging alcohol use through lower prices and greater availability.

Minnesota restricts off-sale retail competition in the liquor business more than most states.

Minnesota does not allow most grocery, convenience, drug, or general merchandise stores to sell strong beer, wine, or spirits for off-premises consumption. Minnesota allows grocery and other non-liquor stores to sell only 3.2 beer and malt beverages. State law also restricts the number of off-sale stores in Minneapolis, St. Paul, and Duluth.

In addition, 226 Minnesota cities operated municipal liquor stores in 2004. These cities, representing close to 18 percent of the state’s population, generally do not allow private off-sale liquor stores to operate within their boundaries. Overall, Minnesota ranked 9 th highest among the 50 states in 2002 in revenues from government-operated retail stores and wholesale operations.

Minnesota state law also provides protection for beer wholesalers from being terminated by brewers. Franchise protection, combined with Minnesota’s requirement for exclusive territories, may make it difficult for brewers to terminate inefficient wholesalers.

Off-sale prices for beer and wine are higher in Minnesota than in Wisconsin, but prices for distilled spirits are lower.

Comprehensive information on retail liquor prices across the United States is not available from any source. As a result, we conducted an in-store survey of prices in Minnesota and Wisconsin during a 10-day period in November 2005. Wisconsin was selected as a comparison state because of its less restrictive retail laws, as well as its proximity to Minnesota. We focused on prices of liquor sold for off-premises consumption because of the difficulties of making fair comparisons of on-sale prices.

Minnesota’s more restrictive retail laws are probably responsible for the state’s higher beer and wine prices, while its relatively unique law for spirits wholesaling is responsible for its lower spirits prices.

Although data on wholesale and manufacturers’ prices are not available for the two states, we think the main reason for Minnesota’s higher wine and beer prices is the state’s more restrictive retail laws. There are few differences between Minnesota and Wisconsin in the wine market other than the differences in retail restrictions. As a result, Wisconsin has twice the number of off-sale wine outlets that operate in Minnesota. Although there are other factors that may affect the difference in beer prices between the two states, we think that Minnesota’s more restrictive retail environment probably explains most of the difference.

Minnesota’s lower spirits prices appear to be largely the result of the state’s ban on the use of exclusive territories for spirits distribution. Even though Minnesota does not have a large number of spirits wholesalers, the ban encourages competition among them and allows retailers to choose from more than one wholesaler. Minnesota spirits wholesalers appear to operate with much lower profit and cost margins than Wisconsin wholesalers. In addition, those wholesalers who distribute both wine and spirits in Minnesota indicate that their margins on spirits are much lower than the margins on wine.

Less restrictive retail laws could save Minnesota consumers about $100 million annually but could have some negative impacts.

However, achieving such savings would probably require significant changes in Minnesota’s retail environment. Wisconsin has twice the number of wine and spirits outlets per capita that currently operate in Minnesota and generally allows any type of store including convenience stores to sell alcoholic beverages.

Removing all state restrictions on competition may increase alcohol abuse and could jeopardize the existence of municipal liquor stores.

Implementing Wisconsin-style retail laws could jeopardize the existence of Minnesota’s municipal liquor stores and eliminate much of the $16 million currently transferred to city budgets annually. In addition, competition from grocery, convenience, and supercenter stores could cause significant numbers of private liquor stores to go out of business. Wisconsin has fewer than half the number of traditional liquor stores that currently operate in Minnesota.

Enacting retail laws similar to those in Wisconsin would also raise concerns about the impact of lower prices and the increased availability of alcoholic beverages on alcohol abuse. The costs of excessive alcohol consumption have been estimated to be more than $4.5 billion annually in Minnesota. While the evidence from research is not definitive, policymakers should be cautious in considering dramatic changes in Minnesota’s retail laws. Even a minor increase in the costs of alcohol abuse would offset the savings consumers would receive from lower prices and improved convenience.

In recent years, the Minnesota Legislature has considered allowing wine to be sold in grocery stores of a certain size. Such sales would have relatively modest economic and social impacts, since wine accounts for only about 15 percent of off-sale purchases. In addition, wine is not generally the alcoholic beverage of choice for underage users. Selling wine in grocery stores would likely lower wine prices in Minnesota but would probably save consumers only about $15 million annually. Profits of existing stores would be affected, but most stores would probably stay in business.

Changes in state laws regulating beer and wine distribution would probably lower retail prices but could have some disadvantages for consumers as well.

The Program Evaluation Division was directed to conduct this study by the Legislative Audit Commission in April 2005. For a copy of the full report, entitled "Liquor Regulation," 60 pp., published in March 2006, please call 651/296-4708, e-mail Legislative.Auditor@state.mn.us, write to Office of the Legislative Auditor, Room 140, 658 Cedar St., St. Paul, MN 55155, or go to the webpage featuring the report. Staff who worked on this project were John Yunker (project manager), and Jan Sandberg.